Veteran journalist Charles Assisi started his lecture at ACJ by exposing students to the hard knocks of journalism in the digital age. He emphasized the unique role of journalists in crafting a compelling story and presenting it to their intended audience across a variety of media. That continues to be his calling as co-founder at FoundingFuel, which serves as a hub for entrepreneurs. He brought an iconoclastic take to writing style and laid out his process on carefully crafted editorials. Assisi, who is also co-author of “The Aadhaar Effect”, flagged the pitfalls of narrative fallacy and the need for journalists to be highly sceptical of information given to them by sources. He recommended the use of first-hand information and domain knowledge building as key tenets of becoming a successful reporter. 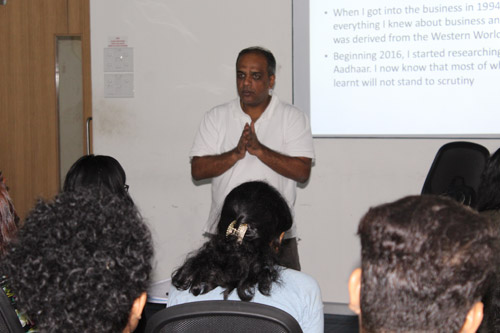 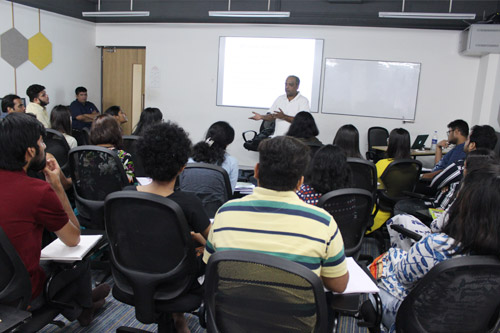 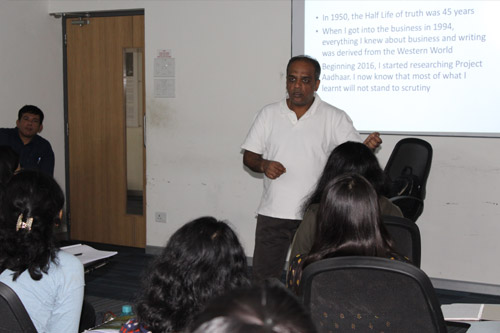