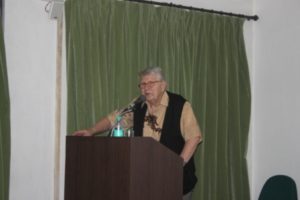 An anthropological and ethnographic study of Ahmedabad, over decades, reveals that it has transformed from being one for the poor to a middle class city. Closure of textile mills rendered mill workers paupers overnight, not poor. Loss of employment indicated a move from formal to informal sector and thus a ‘downward mobility’. The transition of Ahmedabad into a middle class city through slum eviction and beautification has made paupers invisible and non-existent for the state, thanks to a lack of solidarity and collective struggle, unlike as in the earlier labour movement.