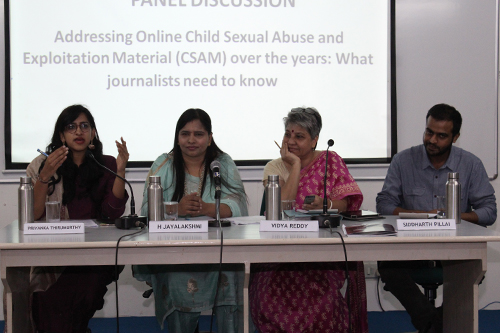 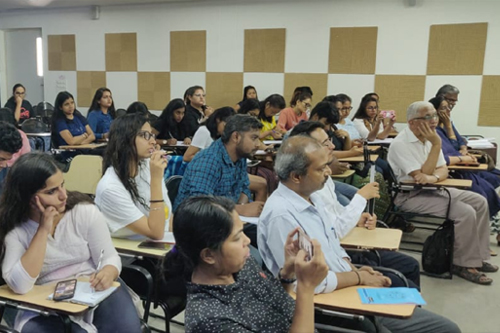 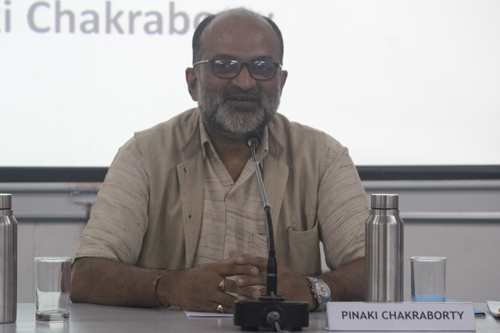 The media must report cases of child sexual abuse and exploitation with sensitivity, said panelists at the ‘Media and Child Rights’ seminar organized by the Asian College of Journalism, in collaboration with UNICEF, on February 22, 2020.

There were two sessions at the seminar – a panel discussion on ‘Addressing Online Child Sexual Abuse and Exploitation Material (CSAM) over the years: What journalists need to know’ and a lecture on ‘Provisioning for children in the Union Budget’.

The discussion focussed on the recent developments in tackling online CSAM, such as the Jairam Ramesh Committee report submitted in Rajya Sabha in January, the nuances in using terms such as ‘Child Sexual Abuse and Exploitation Material’ instead of ‘child pornography’ and the recent attempts by the Tamil Nadu police to crack down on IP addresses accessing CSAM online.

The panel also discussed the varying standards adopted by social media companies in tackling the issue in different countries.
“Online CSAM is a borderless crime,” emphasized Siddharth Pillai highlighting the complexity and seriousness of the issue.
The panelists noted the need for a victim-centric approach to tackling online CSAM, sensitive identification of survivors, digital literacy while accessing the web and consideration of wellness of the stakeholders working on the issue.

In the lecture titled ‘Provisioning for children in the Union Budget’, Pinaki Chakraborty, Chief – Social Policy, UNICEF, Chennai, said the government spending for children needed to be analysed by considering that States had a more active role in spending on day-to-day activities of their citizens, including those in the social sector. He noted that the Centre’s spending on rights-based programmes had seen a considerable decline while the combined spending of the States and the Centre on the social sector had remained stagnant.

Chakraborty highlighted the need for more flexibility and autonomy for states to design policies and spending on social sector schemes. He said the Constitution identified the Centre as an ‘enabler’ in this context. A credible budget estimate analysis should be done by independent institutions, as there was considerable difference in the estimate against the actual expenditure. This would hold the government accountable to the budget estimates made every year.

Budgeting for children must be analysed in other schemes that have a direct impact on them such as MGNREGA that benefits the mother and therefore the child.